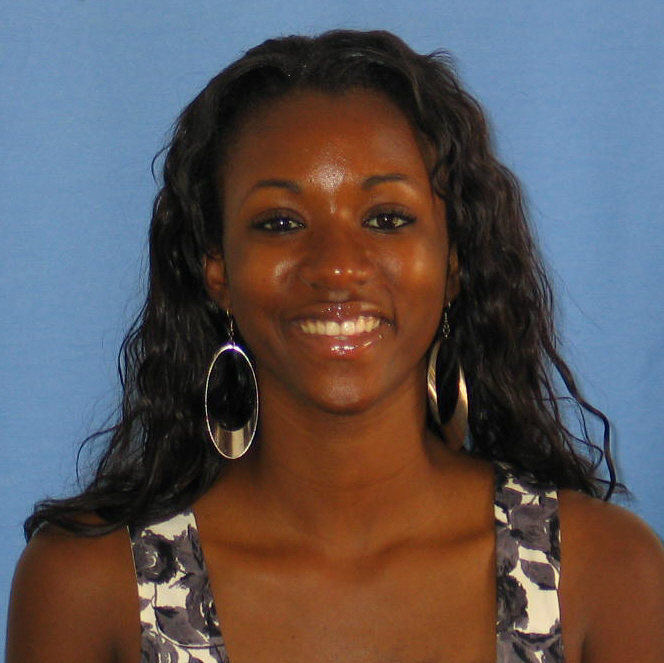 The Multicultural Theatre Project has instituted a fund and in its inaugural year all gifts made through July 31 will be designated in the loving memory of Asya Morgan, Seaver College alumna 2013. Asya earned a Bachelor of Arts in Creative Writing and a Minor in Film Studies and is a Multicultural Theatre Project cast alumna. Asya was a talented singer, screenplay writer, and performer. She was featured Love is Candie's Café (II) as Candie, a young law school graduate who was left in charge of her great uncle and aunt's Café for a year as they traveled. "Asya was a beautiful presence in the show and brought a maturity to the role and nurtured the cast behind the scenes during the production. She was the embodiment of creativity and spark--she loved the arts and thrived in her element," Dr. Carr states. 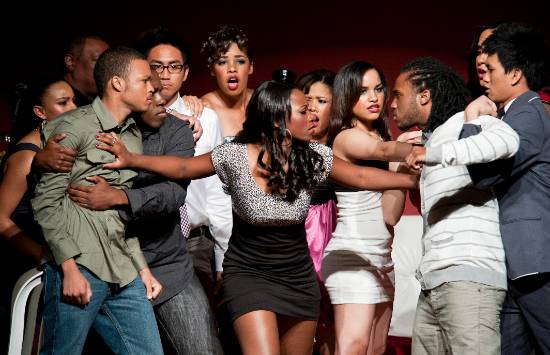 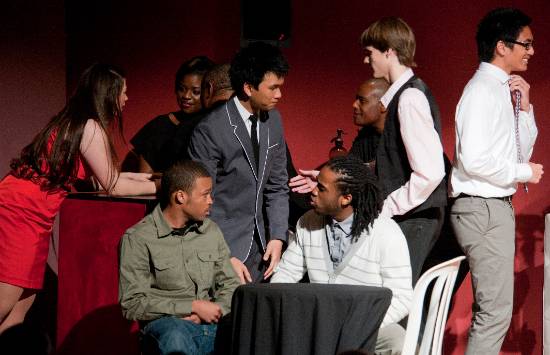 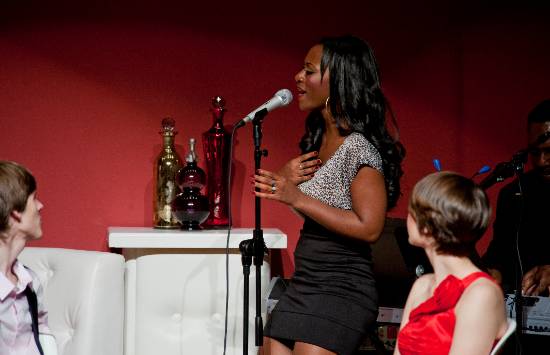 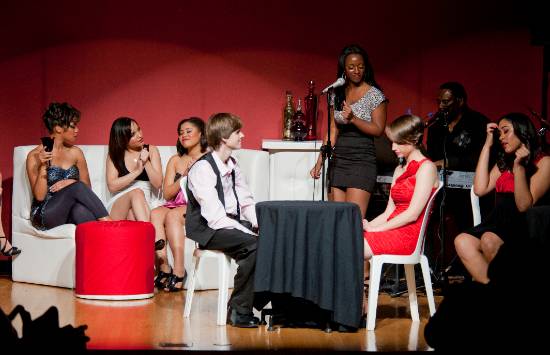 Asya Yvonne Marie Morgan was born on August 16, 1991 was Jerome and Edith Morgan's youngest of five children: Timeka, Jevon, Kenisha, and Jakeem. She was always a focused, inquisitive, and loving child. She loved her family, she loved to learn, and she loved God. Asya was a born leader. She made the decision to make Jesus Christ the Lord and Savior of her life at a young age as her parents involved her in Sunday School, Children's Church, and later the Youth Church and Purity Class. Her natural leadership and intelligence blossomed in these groups and she often received many awards, certificates, and honors. She attended Etiwanda High School, graduated Cum Laude in 2009 and graduated from Pepperdine University with a Bachelor of in Creative Writing and a Minor in Film Studies. She loved to write! It was a form of expression for her creativity, imagination, and passion. While attending Pepperdine, she wrote several stories and screenplays. Upon graduation from Pepperdine, Asya produced, "In the Cut," and served as script supervisor, which sparked a desire for directing. She wrote several other works and some of the most popular projects include "Somewhere Between 'Here and There,'" "The Next Eligio," "Children of Men," and the sequel "Angels of Women." Whether she was working, writing, playing, teaching or traveling, Asya was a light. Most importantly, Asya loved her family and friends. On January 1, 2017, Asya moved to a new stage. Her light is now in heaven. ...We may miss her, but we can still feel her warmth, her love, her laughter, her light. 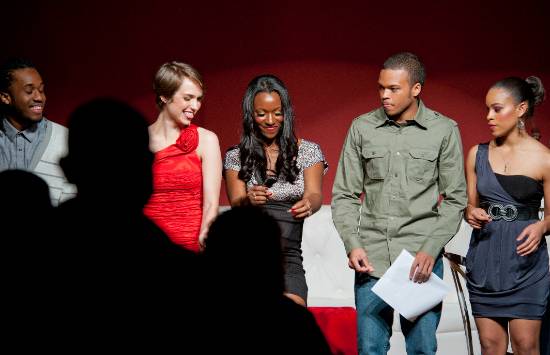 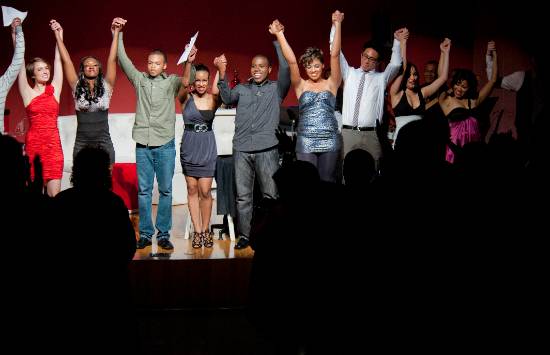 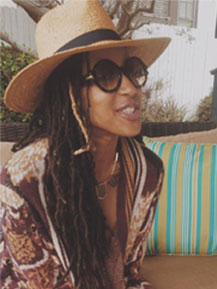 Patrice is a native of Southern California and a graduate of Pepperdine University (English/drama 2002) and the USC School of the Cinematic Arts (Film/TV Production 2006). Patrice now spends her time as a TV Freelancer, Youth Pastor, and Story Blogger chronicling her life in Hollywood, relationships, and faith.

"There was something imparted to me that looked a lot like bravery, kindness, fierceness, humility, and joy by being a part of the MTP. The brilliance being: Dr. Joi Carr incorporating personal elements of each contributor, actor, artist into the overall theme of a show. In essence, the MTP experience becomes more than just a side performance or another club at Pepperdine, but it becomes something that shows you who you are at the time and who you could be, if you so choose. MTP stretches you, scares you, inspires you, challenges you--It has the imprint of true life. Which always makes for the best stories.

In addition to the fun experimental style of each show, I've walked away with life long friends that I'll forever be connected with because of that moment in time. There was nothing like it prior in my life, and I've not experienced anything like MTP since. Working in the world of entertainment full time, my colleagues and I are always looking for or hoping to develop that piece of story that evokes true emotion and highlights something profound (whether big or small) in the story of being human. When that chord is struck, you hear that sound forever. And that is my takeaway. I was able to experience and become a part of new sound through MTP, one that produced a song in me. A song that kept me hungry for the arts after all these years, pushing me to never settle for a mundane life, and to never stop taking risks." 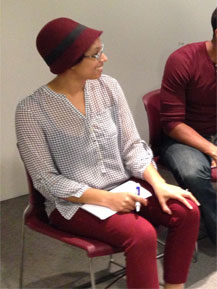 Pepperdine graduate, class of 2006, in Creative Writing with a Spanish minor and 2008 graduate of University of Southern California in Professional Writing with a in specialty Creative Nonfiction.

"I am Assistant Professor of English at Otis College of Art & Design. I teach writing and literature courses to BFA students and coordinate the First Year Writing program. I also write. My most recent publication was a poem titled "Bullying Arts Education" that was published in the LA Times last fall. When not teaching or writing, I spend as much time as I possibly can traveling anywhere and everywhere with my husband or sister. My most recent travel experience was a mini tour of Europe with my husband. We went to Madrid, Barcelona, Venice, Rome, and Paris all in a matter of two weeks.

My MTP experience was about growth and breaking out of my shell, to use the old cliche. I had never performed in front of people before and didn't think I could do it up until the very moment I walked on stage on opening night. I learned a lot about myself and my ability to tackle obstacles. It was definitely one of the highlights of my time at Pepperdine." 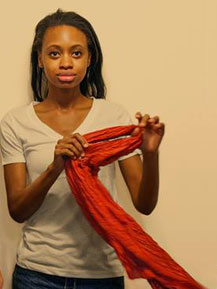 "Since I graduated from Pepperdine in 2006, I have received my MFA in Dramatic Writing from USC and been teaching and working as a playwright in L.A. I teach English Composition here at Pepperdine, and I also teach composition, literature, and culture at the New York Film Academy in Burbank. In the area of playwriting, I've had productions and workshops in LA and a production in Washington, D.C. Since I'm a half Nigerian twin, I tend to write plays that deal with twin identity as well as interactions between Africans and Americans. My newest play is called Chisel, and it's a juxtaposition between the rampant killings and discrimination of people with albinism in Tanzania and the sufferings of Black Americans at the hands of authorities in the U.S."

"Exposure to Joi's [Dr. J. Carr] passionate and creative process through the crafting of the MTP production undoubtedly impacted me to pursue stories of personal and social significance. She is one of the first people in my life who instilled in me this notion that I do have a story to tell, and that it does matter."