Beyond the Classroom and Behind the Lens

John Keats once noted that "nothing ever becomes real 'til it is experienced." For college students, hands-on experiences bring the knowledge from the classroom to life, enabling students to go beyond descriptions in a textbook and come to their own conclusions. Understanding the importance of practical experience, Pepperdine professor Germano Saracco A.I.C. organized behind the camera opportunities for film and media production majors. 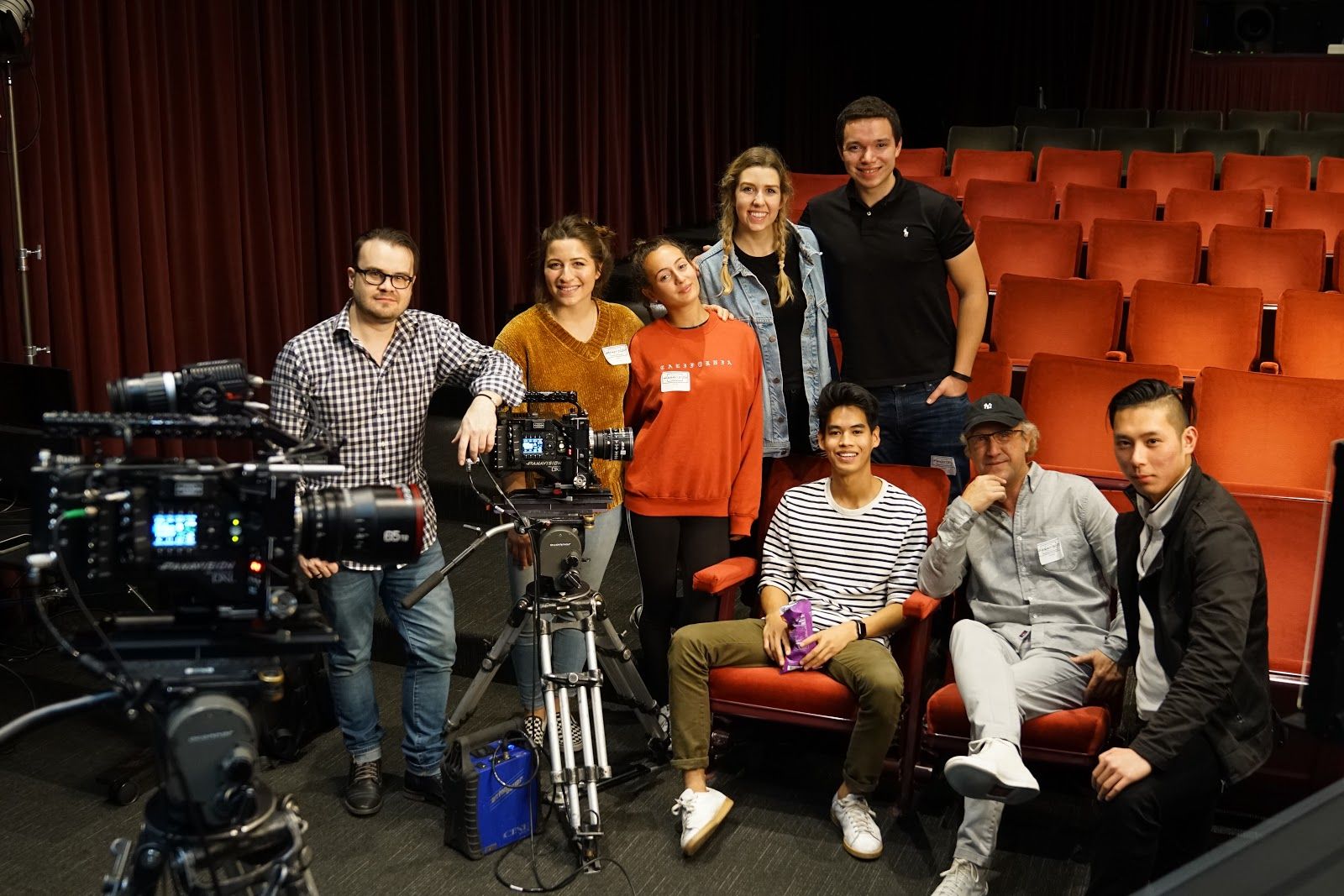 Last fall, Professor Saracco organized an exclusive tour for six of his cinematography students at Panavision's headquarters in Woodland Hills, California. During their tour of Panavision, one of the biggest companies in the motion picture and film equipment industry, students met Michael Cioni, senior vice president of innovation at Panavision and founder of the company Light Iron. Cioni presented on the stunning technological advances of 8K, how current technology is progressing, and the positive impacts these new developments will have on the film industry.

After the presentation, students were able to experiment with Panavision's latest groundbreaking camera, the Millennium DXL. Although the camera had not yet been released to the public, students were able to take shots of their own. They tested scenes with new lenses, as well as vintage Panavision lenses from the 1970s, and took turns capturing and comparing different styles of shots.

In spending a few hours in the studio, students felt that they had participated in an incredible learning experience that helped to fan sparks of creativity in the next generation of filmmakers. They are confident that this experience will remain as an influence to their imaginations and future contributions to the motion picture industry for years to come. 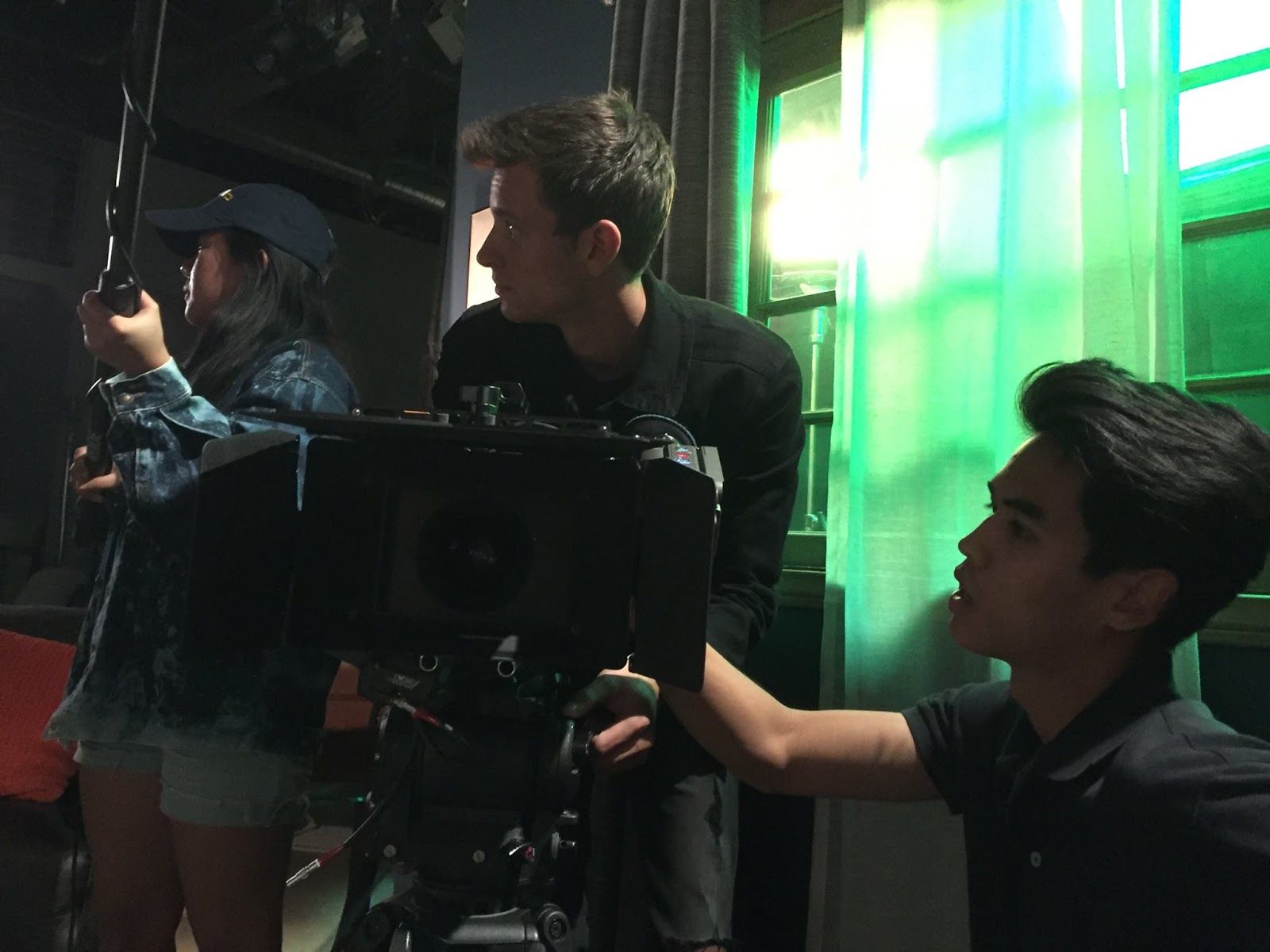 Creating for the Future

Last October, cinematography students also enrolled in Film 325 enjoyed a private tour at ARRI Group, the world's leading designer, manufacturer, and distributor of digital cameras, lighting equipment, and digital intermedia. The event, organized and coordinated by Professor Saracco, included a tour by Fred Molina, technical representative of camera products at ARRI.
During their visit, students were invited to view a presentation at ARRI's private theater that showcased the company's extensive library of works in both recent and classic films and the cinematic capabilities of their most cutting-edge equipment. Of particular excitement was the opportunity for the students to view a brand new prototype, the Skypanel, which is the only LED light of its kind in the world.

Following the presentation, students were invited to see how the cameras worked in action and were given the rare opportunity to use the cutting-edge film equipment to shoot their own short film. Having prepared prior to their arrival, the students were able to experience and learn firsthand what it was like to shoot with equipment of ARRI's caliber.

Pepperdine students wrote, directed, acted, shot, and edited their short film using ARRI's latest tools and found the process to be invaluable. The entire class was able to engage in various roles onset and in post-production. They were able to experience a live set with the top-of-the-line equipment and build confidence in their technical knowledge and skill.

As important as it is to gain knowledge about filmmaking and the industry in a classroom, nothing compares to when this knowledge can be physically applied to a live set where the real magic happens and sparks fly. Both experiences outside the classroom were crucial in giving students a taste of what the industry has to offer and provided them the opportunity to develop further the skills and experience needed to dive into the world of arts and entertainment.