Mere Civility: Disagreements and the Limits of Toleration 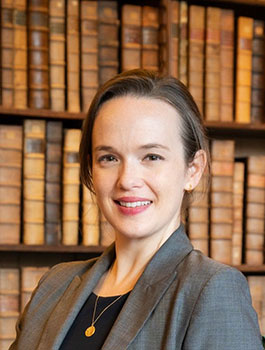 Teresa M. Bejan is professor of political theory and a fellow of Oriel College at the University of Oxford. Professor Bejan’s research brings historical perspectives to bear on questions in contemporary political theory. She has written extensively on themes of free speech, civility, tolerance and equality in historical contexts ranging from ancient Athens to 20th-century analytic political philosophy. In 2021, she was awarded the Philip Leverhulme Prize in Politics, which celebrates early career researchers who have already achieved international recognition and have exceptional future promise.

Her first book, Mere Civility: Disagreement and the Limits of Toleration (2017) was called "penetrating and sophisticated" by The New York Times. She is currently completing her second book, First Among Equals, on the fascinating but forgotten history of equality before modern egalitarianism.

Alongside her academic work, Prof Bejan writes regularly for popular venues, including The New York Times, The Atlantic, and The Washington Post. Her 2018 TED Talk, ‘Is Civility a Sham?,’ has received over 1.7 million views.