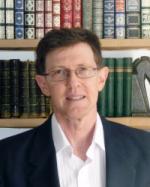 Peter Harrison is the Director of the Centre for the History of European Discourses at the University of Queensland and Senior Research Fellow at Oxford's Ian Ramsey Centre.  Formerly the Idreos Professor of Science and Religion at the University of Oxford, he has published several books on the historical relations between science and religion.  In 2011 he was the Gifford Lecturer at the University of Edinburgh. It is sometimes thought that modern science developed largely independently of, or even in opposition to, religion.  Historians of science, however, have proposed various ways in which religion might have played a significant role in the emergence of modern science.  This lecture will evaluate some of the standard arguments for the religious origins of science, and put forward some new ideas about the influence of religion on the development and persistence of science.