The Graphic is Pepperdine's on-campus student-run newspaper and is a source of news, opinion, contemporary information, and a public forum in the Pepperdine community. Maria Valente serves as the managing editor for Pepperdine Graphic Media, the university's media and marketing organization and the umbrella group of the newspaper. Valente's passion is fueled by her team and the rewards of honing her skills.

Why did you get involved with the Graphic?

I've always been interested in the blogging scene and read a lot of fashion blogs freshman year. Knowing my desire to have my writing published, my resident advisor recommended I volunteer at the Graphic. Once I started working at the Graphic, I soon realized that it's not like a blog; it's a real-life newspaper. I've come to enjoy that type of work, interviewing people and getting real, credible sources, even more.

From start to finish, you see an idea transform into a printed article in the newspaper. You get to physically hold your published writing, and I love that feeling. I love writing, talking to students, and interviewing artists for our Life and Arts section. There are many people on campus that have interesting stories. It's an honor to be a part of telling them.

How would you describe your team's culture?

For years, the Graphic has mainly been directed by upperclassmen. Once I became an editor, I wanted to change that and help make the staff feel like they belonged here, no matter what year they were. From the first day of orientation, I let everyone know that every writer was equal and that we are all collaborating. I want this to be a collaborative environment and I think we're doing a pretty good job of that. Everyone is comfortable with one another.

How has being a leader at the Graphic this year prepared you for the real world?

The opportunity to lead the Pepperdine Graphic staff has provided me with an extraordinary real-world experience. It's like being in a group project for school, except the group is made up of 35 people! It has given me the chance to practice my skills in coaching and mentoring, allocating work fairly, problem solving, critical thinking, and managing different people's needs. A professional a news team is led by someone who knows what everyone's job is and how to do it, and who can provide support for others when necessary, while also keeping everyone accountable for their work. I tried very hard to encapsulate that this semester. 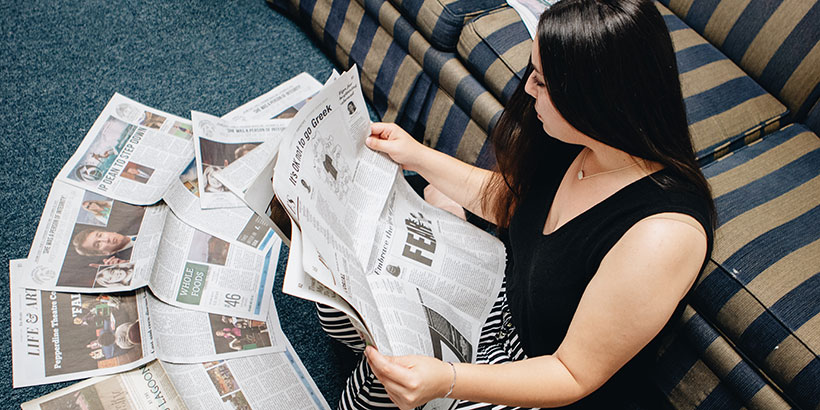 What gives you your passion for writing?

First, it is gratifying that everything that goes online or in print is then engrained in history. Part of what the Graphic and all news organizations do is record history. It is not writing in a journal at home. Secondly, my staff and I write articles to entertain, to explain, and to inform others of what is happening in their communities. In that respect, writing for me is a service.

How does the Graphic mimic a real-world news studio?

While the Graphic is considerably smaller than most newsrooms all of the most significant pieces are there. We have about 15 computers for student use and our engagement statistics are on a large television at all hours of the day. Besides the mechanics, the Graphic newsroom staff works very much as a team. riters, photographers, copy editors, section editors, advertising representatives, and an online producer. work with one another in order to build the newspaper each week from the ground up, just as a real-world newspaper would.

What was it like covering the events that ensued In November?

For five days straight, from the night of the shooting until the following Sunday, we were reporting nonstop on both events, both from the newsroom and remotely as students began evacuating the area. It was so inspiring to see all of the hard work everyone did, and how everyone stepped up to the plate and did his or her part. Even members of our advertising team were on campus reporting.

It was hard and exhausting and the misinformation that was spread by other news organizations made our work all the more difficult. Not only that, but we were reporting on horrible tragedies. I, myself, interviewed Alaina Housley's voice coach, who worked intimately with her on her singing, and it was by far the most emotional and difficult interview I've ever conducted. Coupled with the chaos brought on by the fire, I felt a responsibility to both report the facts but also make sure everyone I cared about was safe and calm about the situation.

To be honest, those three days felt like a simulation. I could not believe we were reporting on death and destruction, but the Graphic staff was incredible and was committed to providing the truth to the Pepperdine community. 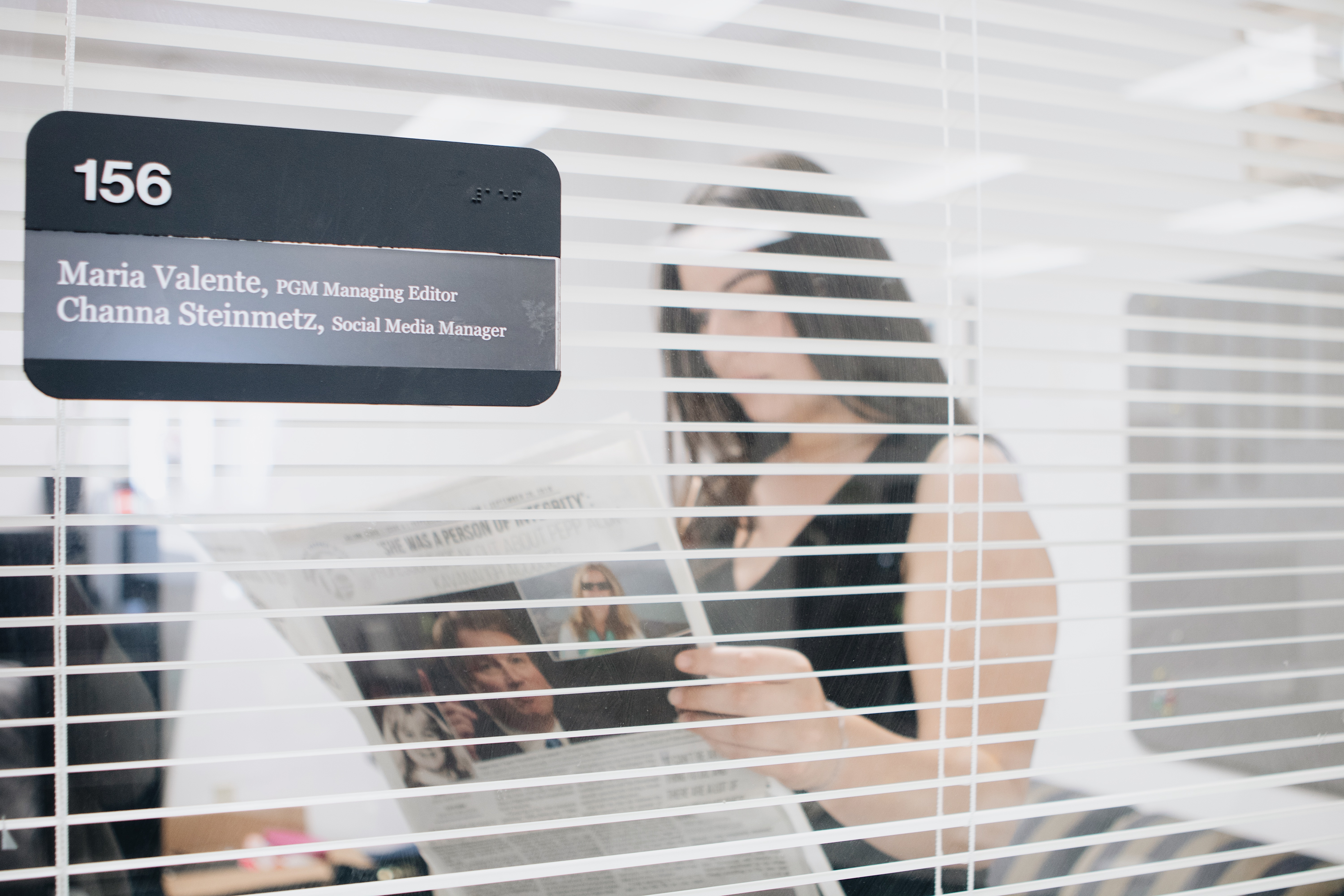 What has been your favorite experience on the Graphic?

My most significant experience with the Graphic has been creating our "In the Midst" special edition that covered the events of both the Borderline shooting and the Woolsey fire. When we started working on it, most people had left campus. We all Facetimed each other in order to organize what articles we wanted to include, who would write them, and who would lead different teams.

Although they we located all over the country, writers conducted phone interviews to produce articles that covered life after trauma to how Pepperdine Athletics was affected by the fires. Mary Cate Long designed nearly the entire magazine from her computer in Texas. It was astounding to see that on the Monday we returned from school we had created a beautiful 60-page account of both events. We wanted to create it for the students and faculty so that they had a source of information about the events, but also so that they had a piece of literature that helped them process what they had been through. Publishing "In the Midst" has been the most gratifying experience in my Graphic career thus far.

How has the Graphic impacted your Pepperdine experience and what you want to pursue after graduation?

Overseeing the Graphic has given me extensive experience in not only managing a large team, but also in physically producing a print product. From creating content to designing newspaper and magazine pages, the hands-on experience has been priceless. The design experience that I've gotten so far has inspired me to consider both editing and designing post grad. I think designing is very gratifying, and making the content everyone works hard on look compelling is arguably just as important as the content itself! After graduation, I would love to work in the magazine world, and I'm particularly interested in magazines with female-focused audiences.