Seaver College's theatre department invites members within the business to share their experience and advice with current students. Explore who has participated in the master classes below. 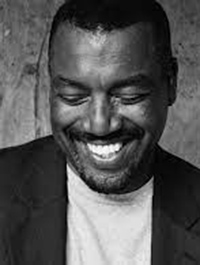 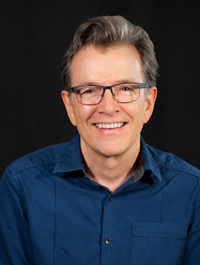 Michael is the recipient of 9 Artios awards, presented by the Casting Society of America for Outstanding Achievement in casting.  He has cast more than 1,000 shows produced at such venues as the Hollywood Bowl, the Ahmanson Theatre, Pasadena Playhouse, the Kirk Douglas Theatre, Walt Disney Concert Hall, Laguna Playhouse, International City Theatre, Ebony Repertory Theatre, the El Portal Theatre, La Jolla Playhouse, the Getty Villa, the Ricardo Montalban Theatre, the Garry Marshall Theatre, the Theatre @ Boston Court, the Soraya Performing Arts Center, the 24th St. Theatre, San Francisco Symphony, both the Palazzo and Paris in Las Vegas, Arizona Theatre Company, Arkansas Rep, Kentucky Shakespeare Festival, Indiana Rep, Totem Pole Playhouse, and the Troubadour Wembley Park in London – as well as several national tours,  numerous films, TV series and commercials.  Michael is the President of the Board for the Foundation for New American Musicals, and also serves on the board for Camp Bravo. 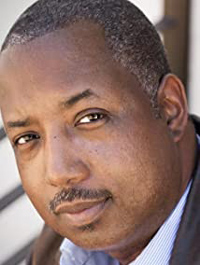 Kemp Powers is an American film director, screenwriter, and playwright. He is best known for his work on the play One Night in Miami, the 2020 film adaptation of the same name, Star Trek: Discovery, and Pixar’s Soul. His screenplay for One Night in Miami earned him a Best Adapted Screenplay nomination at the 93rd Academy Awards in April 2021.  His work on Soul meant that Powers became the first African-American to co-direct a Disney animated feature.  Kemp Powers is currently in production on Spider-Man: Into the Spider-Verse 2. 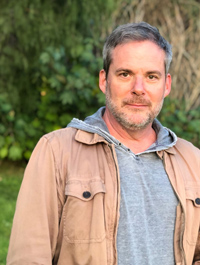 Cameron Watson was heralded by the Los Angeles Times as "one of our finest contemporary directors." His extensive and varied body of work garnered him the 2018 Distinguished Achievement in Directing Award from the Los Angeles Drama Critics Circle. A multiple award-winning theatre director and filmmaker, Cameron has carved a unique career that crosses over many genres and formats. Cameron created, wrote and directed the comedy series BREAK A HIP, now streaming at www.breakahip.com. Christina Pickles won the 2018 Primetime Emmy Award for her work in the series. Cameron wrote and directed the Miramax feature film OUR VERY OWN, starring Allison Janney, Jason Ritter, Cheryl Hines and Keith Carradine. Ms. Janney received an Independent Spirit Award nomination for her work in the film. A prolific and much sought after theatre director, Cameron has achieved widespread critical praise, with the Wall Street Journal citing his work as "the best in the country." He is known for his much lauded and box office hits at Antaeus Theatre Company (THE LITTLE FOXES, CAT ON A HOT TIN ROOF, PICNIC and TOP GIRLS) as well as work at Rogue Machine Theatre (COCK), The Fountain Theatre, The Pasadena Playhouse, Ensemble Theatre Company, The Colony Theatre (the now legendary production of TRYING starring Alan Mandell and Rebecca Mozo), The Shakespeare Theatre of New Jersey, The Road Theatre and The New American Theatre. Known as an "actor's director," Cameron has shepherded many actors to award wins. He has had five actors win the coveted Ovation Award in Los Angeles (Don Robb, Alan Mandell, Beth Grant, Rebecca Mozo and Harry Groener) in addition to numerous other awards. Recent work while in quarantine includes LOVE LETTERS with Martin Sheen and Melissa Fitzgerald and a nationwide/virtual production of Caryl Churchill’s LOVE AND INFORMATION with the Theatre Workshop of Nantucket.