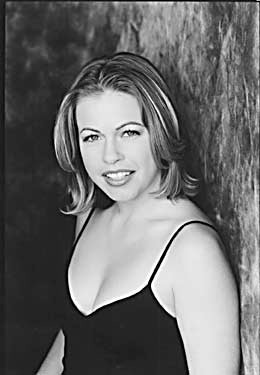 Kelly Todd, a UCLA Theater graduate, has directed, choreographed and performed in musicals in Los Angeles and New York. She is a proud resident artist at the Chance Theater where some of her favorite projects have been West Side Story, for which she received the LA Drama Critic's Circle 2012 Special Award for Fight Choreography, and Triassic Parq, in 2013 and Jerry Springer: The Opera, in 2011 which both won the Ovation Award for Best Musical in an Intimate Theater and garnered her Ovation Award Nominations for Best Choreography, and the professional world premiere of The Girl, The Grouch, and The Goat, by the Tony Award-winning composer of Urinetown, Mark Hollman. She was named Southern California's Choreographer of the Year in 2011 and 2012 by Stage Scene LA. Other credits include Light in the Piazza, Ivy and Bean, The Musical, Absurd Person Singular, Peter Pan and Seussical at South Coast Repertory, The Who's Tommy at Segerstrom Center for the Arts, and two world premieres, Keep Movin' On, featuring the music of Sam Cooke, and What's Going On, featuring the music of Marvin Gaye. Before working professionally in theater, Kelly spent close to 20 years as an arts educator. For 17 years, each summer she worked with the Children's Civic Light Opera, ages 6-16, and the Young Adult Civic Light Opera, ages 16-23, choreographing and directing over 20 musicals including Grease, A Chorus Line, Annie, Chicago, Crazy For You and Thoroughly Modern Millie. She taught high school dance, drama and math for LAUSD for five years at Washington Prep High School in South Central Los Angeles and Venice High School in Venice and has worked for numerous non-profits in Los Angeles and New York City using original musical theater works as a way to build student performance in school and social and leadership skills development for life.