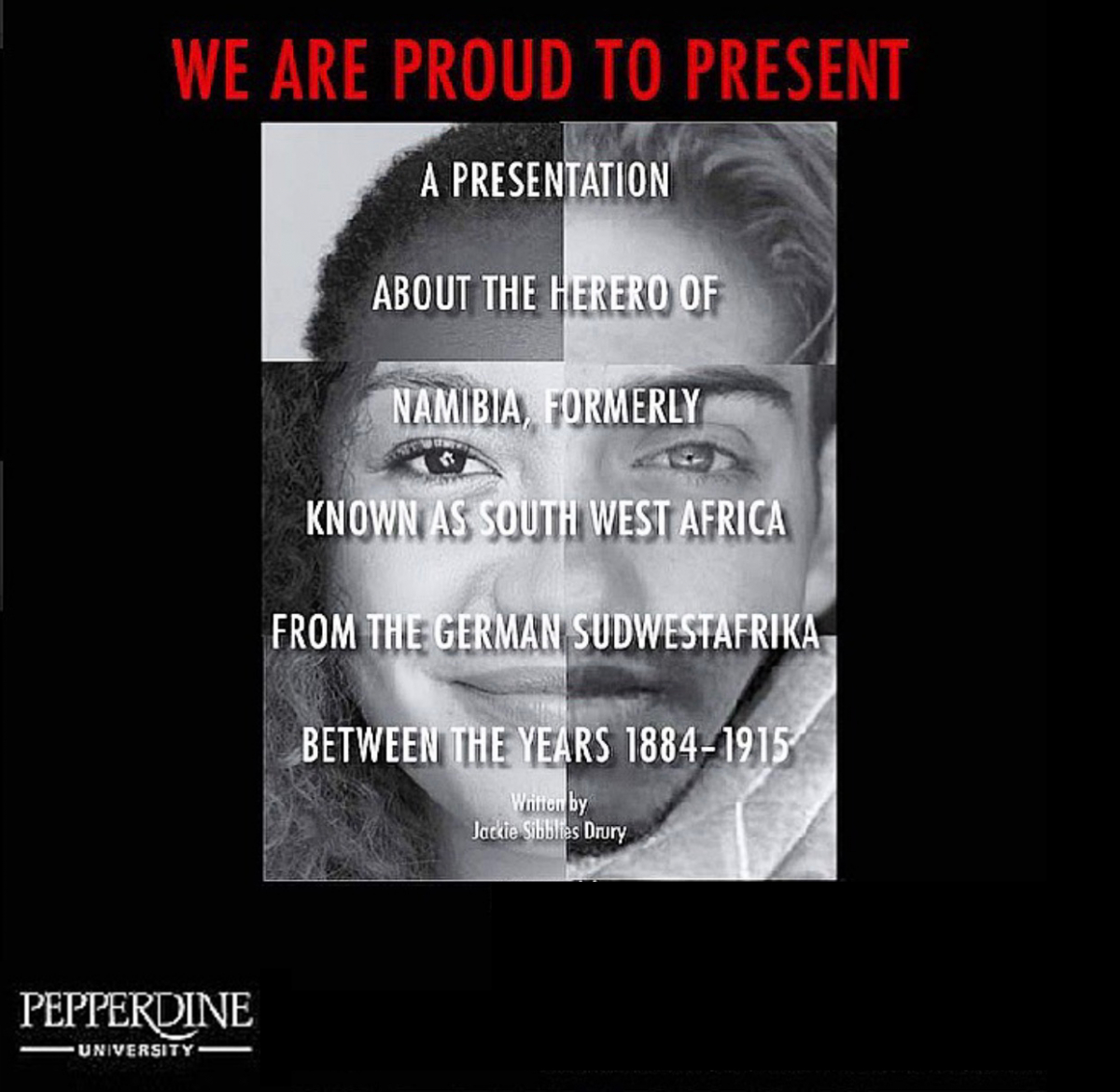 Pepperdine University’s Fine Arts Division will stage their production of We Are Proud to Present a Presentation About the Herero of Namibia, Formerly Known as South West Africa, From the German Sudwestafrika, Between the Years 1884–1915 by playwright Jackie Sibblies Drury on Tuesday, September 28, through Saturday, October 2, at 7:30 PM PT with a matinee performance on Saturday, October 2, at 2 PM PT. A discussion with the cast and director will follow the September 29 performance.

In We Are Proud to Present..., a woman discovers her African ancestry and attempts to tell the story of this long-lost culture with a company of actors. Three black and three white Americans struggle to retain polite political correctness while fighting to humanize both the Herero people and their German colonizers in our current racial/political climate.

"I've always believed that great directors allow the specific communities in which they serve to guide one's choice in a show,” Few shared. “Our community helped me choose We Are Proud to Present. History––and the perspective from which it is presented in schools––is a major topic buzzing around our community. Both in our classes and in our homes, students and parents are debating how history should be taught or even if some parts of our history should be discussed at all, specifically arguments concerning race and culture in America. This dynamic comedy and award-winning show by Jackie Sibblies Drury is on the pulse of American theatre and perhaps one of the most incredibly structured shows I have ever unpacked.”

As the actors have prepared for the show, the show’s content has prompted them to engage in tough conversations. Few hopes that the Pepperdine community will have a similar experience and be encouraged to have these vital but difficult conversations.

Ticket prices range between $10 and $15 and are required for admission. This production will contain profanity. For additional information about the production, visit the Center for the Arts website.