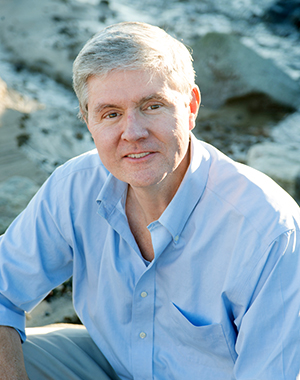 As one reviewer writes, Contino demonstrates the ways in which “Dostoevsky’s ‘hero,’ Alyosha Karamazov...exemplifies a Christian personalism that combines Christ-like humility with a realistic view of the good and bad in others and the practical sense to apply this knowledge for their benefit. As such he becomes a model for all concerned with the fate of personality in the modern world.”

Contino joined the Seaver College faculty in 2002. Since then, he has served as professor of Great Books in the Humanities and Teacher Education Division, and has been granted the Howard A. White Award for Teaching Excellence. For over a decade, he and his wife Maire Mullins co-edited the journal Christianity and Literature. He has published essays on classic authors such as Zhuangzi, Dante Alighieri, and Jane Austen, and on contemporary authors such as Tobias Wolff, Andre Dubus, Alice McDermott, and Geoffrey Hill.

To learn more about his book, visit the Dostoevsky's Incarnational Realism: Finding Christ among the Karamazovs webpage.