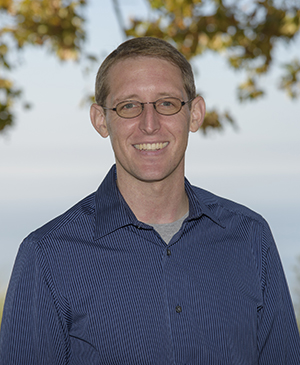 In his recent edited collection The Gospel of Tatian: Exploring the Nature and Text of the Diatessaron, Seaver College associate professor of religion Nicholas Zola examines the benefits and losses of Tatian’s Diatessaron, a gospel harmony that combines all four of the New Testament gospels into a single work. Zola’s work on the book and research into the Diatessaron continues to inform his approach to his classes examining the New Testament.

“Part of my classroom goal is to help students learn to view the gospels as portraits painted by an artist—each with its own style, emphases, and approach—that offer depth and nuance to our understanding of Jesus,” shares Zola.

Tatian, in an effort to simplify and reduce presumed contradictions evident in the four gospels, combined them into his Diatessaron in the second century. The Diatessaron became very popular in certain circles, but by the fifth century, most church leaders had abandoned the Diatessaron and returned to the four separate gospels. Today there is not a complete version of the original Diatessaron, only translations and quotations.

In addition to Tatian’s Diatessaron, Zola’s research focuses on biblical manuscripts, New Testament textual criticism, and more. The recent edited collection is what Zola considers a labor of love that contributes to his research and understanding of who Jesus is. Zola is a multi-year recipient of the Academic Year Undergraduate Research Initiative (AYURI) which has allowed him to work with students in different academic disciplines to expand his research.

Since 2016, Zola has taught Seaver students through biblical manuscripts, New Testament textual criticism, the development of the biblical canon, canonical and non-canonical gospels, and Tatian's Diatessaron to help them examine their perception of Scripture.

Learn more about The Gospel of Tatian: Exploring the Nature and Text of the Diatessaron.