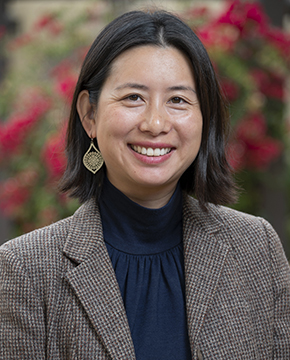 The Pepperdine Libraries Churches of Christ Heritage Center will host the 17th annual Frank Pack Distinguished Christian Scholar Lecture on Wednesday, March 9, 2022, at 7 PM in Stauffer Chapel on the Malibu campus. The lecture, titled “Human Sin and Divine Love,” will feature Jennifer Smith, associate professor of English at Seaver College and associate director of the Center for Faith and Learning.

Inspired by John Steinbeck’s East of Eden, Smith will explore the themes evident in the story of Cain and Abel. Smith hopes to share with the audience what God’s divine love means in the aftermath of human sin, what it means to bear the mark of Cain, and more.

Smith’s research focuses on the intersection of language and learning in medieval England with an emphasis on theologians contributing to an understanding of the New Testament commandments. Smith holds a bachelor's from the University of California at Berkeley and a master's and doctorate from the University of California at Los Angeles. Since 2014 she has been an active member of the Pepperdine community and has received numerous awards including the Howard A. White Award for Teaching Excellence. In addition to serving on the faculty and the Center for Faith and Learning, Smith is also the coordinator of Digital Humanities.

The event is free to attend and seating is available on a first-come-first-served basis.