The red swamp crayfish — a culinary delight in Louisiana — is more of a voracious predator in Southern California, an invasive species that has contributed to the decline of native amphibians and fish for at least a century.

Now, some scientists are undertaking an unprecedented project aiming at the complete removal of the aquatic species from the entire Malibu Creek Watershed, and the organization behind that effort — the Mountains Restoration Trust — received an $800,000 grant from the California Department of Fish and Wildlife in July to aid in the effort.

Kyle Troy is a restoration technician for the Mountains Restoration Trust. She gets up early almost every morning to go wading through litter-strewn creeks in the Santa Monica Mountains. Where many would focus on the garbage and an out-of-balance ecosystem, Troy sees only potential.

“It’s going to be beautiful. That’s what I’m excited about,” Troy said. “I love my job.”

To Troy, making the creek beautiful again will require more than simply hauling out garbage – something she and her colleagues do each day — it will require completely removing the red swamp crayfish, an invasive freshwater crustacean that is believed to have arrived in Southern California about 100 years ago.

The omnivorous predator feasts on the eggs and young of insects, fish and amphibians. Troy said she personally witnessed one devour an Arroyo chub, a fish species of special concern in California because of its low numbers. 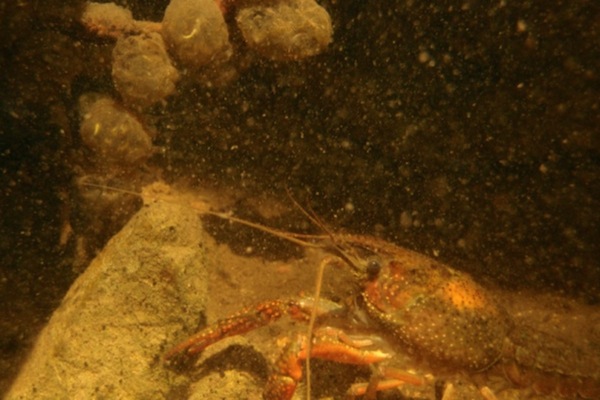 A red swamp crayfish advances on the egg mass of a California newt. Photo courtesy of Lee Kats.

Troy manages the project to eradicate the red swamp crayfish from the entire Malibu Creek Watershed.

The goal of 100 percent eradication of the crayfish from the Malibu Creek Watershed — the largest in the Santa Monica Mountains – is unprecedented in scope.

The hope is that the removal will be completed before a dam that obstructs the watershed's natural water flow is removed. The hope is taking out the dam will allow endangered steelhead trout to spawn in the watershed.

“Our main concern is the steelhead trout, when they come back into the watershed,” Troy said. “crayfish will eat the fry of the steelhead.

Many believe the red swamp crayfish were introduced to the state by fishermen interested in using it as bait for largemouth bass.

The crayfish is a food staple in Louisiana, but in the Santa Monica Mountains, it is the connoisseur, dining on a menu of native California species, two of which — California newt and California tree frog — are considered threatened.

“The newts and the tree frogs potentially will disappear from streams where they are, so that’s a pretty serious impact, given that two of these amphibians are on or off our local list of special concern species,” said Lee Kats, a professor of biology at Pepperdine University.

Kats, who led research into the crayfish’s impacts on Santa Monica Mountains species, said that amphibians such as the California tree frog lack an appropriate evolved response to the predator.

“Its defense mechanism is to jump into the stream and dive to the bottom. Well, guess who’s sitting on the bottom: the crawfish,” Kats said. “I have seen examples where literally within 15 or 20 seconds, these crawfish have grabbed the adult tree frog and literally ripped it to shreds.” 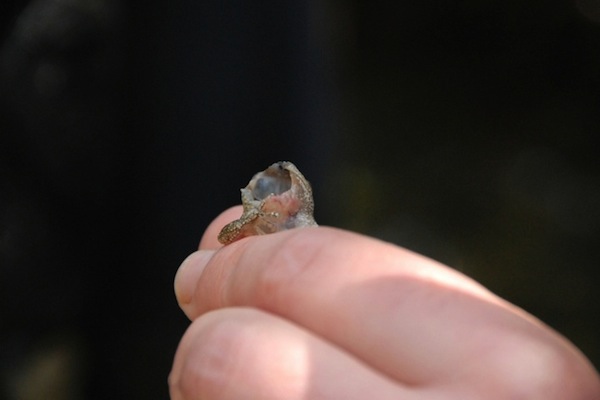 An adult California tree frog that was killed seconds after jumping into crayfish-infested waters. Photo courtesy of Lee Kats.

Kats said that aquatic organisms are especially difficult to remove — more so than invasive plants — because the animals are able to mask their presence.

“There are just so many places to hide and so many crevices, it’s a very difficult environment in which to attempt these kinds of removals,” Kats said.

He said complete removal will only be accomplished through significant buy-in from the community. But he sees the potential for success.

“I think if anybody can pull it off, the Mountains Restoration Trust can pull it off. It’s an organization that builds coalitions to help the environment,” Kats said.

Troy and her colleagues will cover every part of a 109-square-mile project area, focusing on clearing a hundred yards at a time. It’s a task that they’ll be at for years and will include continued monitoring at cleared sites to ensure the crayfish aren’t returning.

Troy said they rely on large numbers of volunteers. About a thousand have signed on since July. On a recent Thursday, a handful of volunteers from AmeriCorps were sloshing through a creek, checking traps and tallying numbers.

“The first day having to touch the crawfish, I did not touch them because of how much they freaked me out. Now I have no problem with it, which is really awesome. It’s a growing experience, and knowing how to do this,” Butler said. “It’s been great.”

On that day — the last for the AmeriCorps crew — the traps turned up 100 crayfish, a relatively low number considering they usually catch several times that amount each day. Troy said that while some areas have turned in fewer and fewer crayfish over time, the day’s low haul was most likely due to a recent rainstorm.

Unfortunately, with the historic California drought, not many crayfish have been washed down to their briny deaths in recent years. Most of the crayfish removals have been done by hand.

“I’m hoping that they were all washed out from the rain, but that would just be a dream come true,” Troy said. “They’re probably burrowed.”

She reset a trap and threw it back into the water where it would await her next visit.

Troy said her team never boils a feast of the crayfish they catch because of concerns of high metal content in the water. Instead, they donate the crayfish to the California Wildlife Center to feed rehabilitating raccoons and opossums. 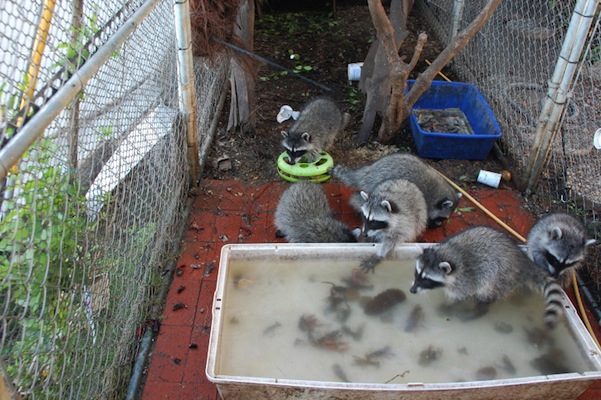