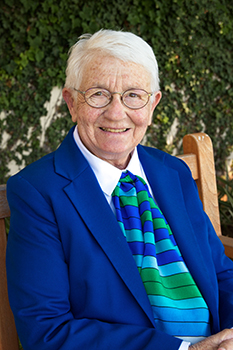 “I am very fortunate to look back at such a successful year” Fulmer shares. “And I am incredibly thankful for the generous, supportive individuals at Pepperdine who continue to encourage my research.”

The breadth of topics in Fulmer’s latest publications is a testament to the complexity and continued relevance of Eliot’s work. Fulmer illuminates Eliot’s approach to engaging moral issues while also battling the anxieties of a dual persona—her pen name George Eliot and her private identity Mary Ann Evans—both of which manifested in her writing as well as many internal conflicts. Fulmer also highlights Eliot’s remarkably modern views saying, “She is not for an age but for all time.”

Constance Fulmer joined the Pepperdine faculty in 1990. During her tenure, she has served as divisional dean of the Humanities and Teacher Education Division and as associate dean of Seaver College from 2007 to 2016. Her research focuses on Victorian literature with an emphasis on the British writers George Eliot and Edith Simcox. She anticipates the completion of a three-volume collection of the critical works of Edith Simcox in 2022.