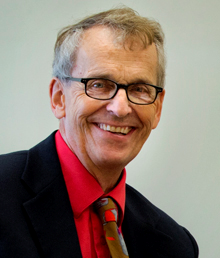 On Tuesday, Oct. 21, at 4 p.m., major American poet Peter Cooley will read from his work in the Surfboard Room of the Payson Library, Malibu. The reading will be followed by a Q&A.

Cooley will read from his most recent book, Night Bus to the Afterlife, which is a meditation on transience and mortality as the author moves through the landscape of the Gulf South in the aftermath of Hurricane Katrina in New Orleans.

Cooley is a director of creative writing, professor of English, and Senior Mellon Professor in the Humanities at Tulane University in New Orleans, Louisiana. He has taught in the M.F.A. programs at Warren Wilson College, Vermont College, Western Michigan University in Prague, and the University of New Orleans in Montpellier and Madrid. He has also taught creative writing workshops in a mental hospital, a prison, in pre-schools, grade schools, high schools, and to the elderly, the socially disadvantaged, and the illiterate.

Cooley's nine books of poetry include The Company of Strangers, The Room Where Summer Ends, Nightseasons, The Van Gogh Notebook, The Astonished Hours, Sacred Conversations, A Place Made of Starlight, Divine Margins, and Night Bus to the Afterlife. His poems have appeared in over seven hundred magazines including The New Yorker, The Atlantic, The Paris Review, The Nation, The New Republic, and The Southern Review, and in more than one hundred anthologies. His work is in three editions of The Best American Poetry.

He has given readings of his poetry throughout the United States and in Paris, London, Madrid, Prague, Honolulu, Melbourne, and in Wellington, New Zealand, the latter as the U.S. representative to the International Poetry Festival.

Three times a recipient of Mortar Board commendations at Tulane, Cooley received the Inspirational Professor Award and the Newcomb Professor of the Year Award. From 1970-2000 he was poetry editor of North American Review and is currently poetry editor of Christianity and Literature. He has been an Atlantic Younger Poet, The Robert Frost Fellow at the Breadloaf Writers' Conference, a Yaddo Fellow, and an Ossabaw Island Fellow. Cooley has received fellowships from the University of Wisconsin, The Louisiana Division of the Arts, and the state of Louisiana's ATLAS Program. He is a recipient of a Pushcart Prize and of the Marble Faun First Place Prize in Poetry given by the Faulkner Society.

This reading is generously sponsored by the Humanities and Teacher Education Division of Seaver College and the Office of the Provost.