Maire Mullins, the Blanche E. Seaver Chair and Professor of English Literature at Seaver College, recently published a research article titled, “Walt Whitman and the Washingtonian Temperance Movement,” in ESQ: A Journal of Nineteenth-Century American Literature and Culture. In this text, Mullins dissects Whitman’s early novel, Franklin Evans, or The Inebriate: A Tale of the Times, and 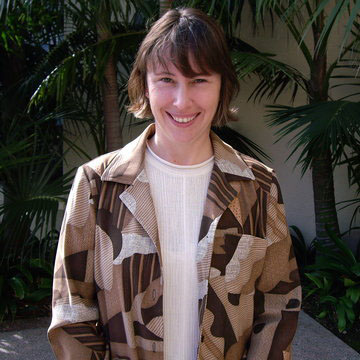 pinpoints the cultural and personal influences that flood the renowned author’s work.

“Whitman had a lot of alcoholism in his family,” explains Mullins. “We think his father died of alcoholism. His brother, Andrew, died of alcoholism. And his brother in law, Charlies Heyde, was likely an abusive alcoholic. So Whitman was familiar with the notion of temperance in his time, and it was very much part of the cultural landscape.”

This context helps readers understand the inspiration behind Whitman’s novel, which traces the life of Franklin Evans, a man who becomes a drunkard throughout the course of the narrative. Originally, this novel was published as a newspaper supplement of The New World – a weekly publication based out of New York City – and has since come to be known as one the great author’s weaker works. Yet, Mullins points out that the text experienced more success than critics like to mention.

“I think this was important to [Whitman’s] career even though he denies the novel,” says Mullins. “He claims he wrote it when he was drunk – that’s what he said later. The fact of the matter is that this was probably [Whitman’s] best selling work. This sold thousands and thousands of copies, and he was in his early twenties when he wrote this. He was a journalist, and it was tremendously successful for him to get his name in print, and a lot of the themes and focuses of this novel are carried through in much of his poetry and later works.”

Beyond jumpstarting Whitman’s career, Franklin Evans also gave the author a platform from which to comment on the temperance movement. Specifically, Whitman advocated on behalf of the Washingtonian Temperance movement, which offered alcoholics compassion and support. This was a rarity given the cultural context of the times, as most viewed alcoholism as a link to sinful behavior.

Mullins highlights that in empathizing with the alcoholics of his time, Whitman displays an early ability to be a compassionate observer – a trait that would eventually carry him toward literary success.