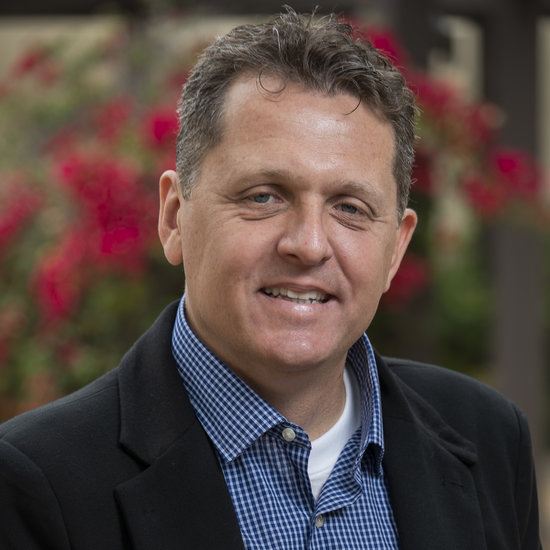 Dr. Dyron Daughrity, who serves as a professor of religion at Seaver College, recently published an article entitled, “Carl Spain’s Waves:  How a Powerful Lecture Ended Segregation in Church of Christ Colleges,” with the Journal of Discipliana. This article highlights the life of professor and pastor Carl Spain, focusing specifically on a powerful speech of his which changed the course of Church of Christ history.

“I had always heard about this story of Carl Spain giving a speech in 1960 that demolished the walls of institutional racism on Abilene Christian University’s (ACU) campus, but I had never really understood it fully,” says Daughrity, explaining why he researched this topic. “At Pepperdine, I teach a course on the History of the Churches of Christ. I wanted to introduce my students to this story, as it is an important one in the history of our movement. I had a hard time finding details to the story.”

Considering this historical gray area, Daughrity, an ACU alumnus himself, took on the challenge of uncovering the facts. What he found was a powerful tale of courage, strength, and social justice, as Spain critiqued the Churches of Christ for their segregationist ways in higher education.

In 1960, Spain, who was serving as a professor at Abilene Christian College (ACC), was called upon to deliver a lecture at ACU. At that time, ACU was a segregated campus where Black students were not allowed to enroll. Knowing this, and having witnessed the divided White and Black Church of Christ congregations, the professor/pastor took it upon himself to call out the hypocrisy.

After incorporating questions of morality, theology, philosophy, and global affairs into the lecture, Spain turned to the racial issue facing America during the sixties, making pointed comments specifically about the church’s role in this process.

“When our colored friends timidly asked if they could attend a service of the White folks and learn more about the Church of Christ, I made the mistake of telling them that they would be more than welcome,” exclaims Spain amid his speech. “And they trusted me. They came in timidly and took the seats that were as far back as they could get and still be inside. I shall never forget the agony on their faces when White Christians made it very plain to them that they were out of place and glared at them like a Jew would have looked upon a ‘Samaritan dog.’”

It was discomfiting analysis like this that ultimately caused Spain to be outcast.

“Spain became a pariah of sorts after that lecture,” comments Daughrity. “Before the lecture he was a very popular preacher and speaker.  People invited him often to preach at Church of Christ events.  After the famous 1960 lecture, the invitations dried up.  He had openly addressed a topic that was taboo.  He had spoken courageously about something that preachers were not supposed to speak about in the Churches of Christ.”

Yet, following this lecture, ACU began accepting Black students. And shortly after that, Harding College integrated. Then David Lipscomb College followed suit, as well. However, the man responsible for these large institutional changes remained shunned on the fringes of higher education.

“Spain's story gives me hope, but it also makes me sad,” explains Daughrity. “ I can relate to Carl Spain in so many ways. My life is very similar to his. I am a Church of Christ preacher, and I am a professor of religion. I am so inspired that Spain had the courage to stand up and say, ‘This must stop!’”

The full Seaver Newsroom interview with Daughrity is available online, along with his article concerning Spain. To listen to Spain’s powerful speech visit ACU’s Digital Commons.