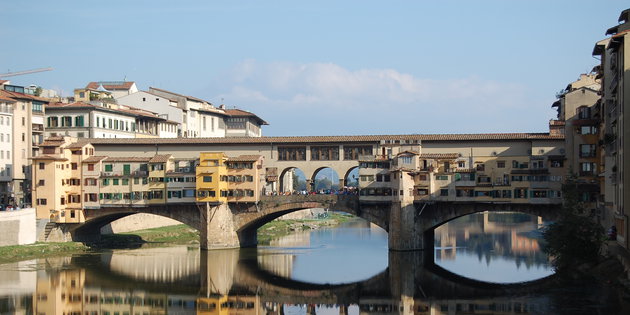 The first Pepperdine International Programs in Florence were operated in temporary locations during the summers of 1985 and 1986. In 1987, the program moved to the rented Villa la Macine in the suburb of Il Pogetto. Although students enjoyed the beautiful grounds that surrounded the Villa, part of the building itself was nearly 500 years old and many of the things that most Americans take for granted—like ample hot water for showers—were hard to come by. Parts of the facility were in poor repair and, being a rented facility, it was difficult to keep everything in accordance with Pepperdine standards. To go into the center of Florence, students either had to pay approximately $10 for a taxi or had to walk nearly a quarter of a mile to catch a bus.

In 1995 the University purchased two adjacent properties which had the same owner. These are now known as the Villa Di Loreto, which contains the classrooms, library, offices and the apartment for the Visiting Faculty member, and the Residenza Tagliaferri, which contains the dining room, student center and student rooms. The Villa Di Loreto was built in the late nineteenth century by a Russian emigre, the Countess Platoff, and its stained glass windows and other architectural features were brought from Russia. When Pepperdine purchased the property, the owner and his family occupied the main and upper floor, and he operated a small factory that made a line of designer shoes for women in the basement. The Residenza Tagliaferri was operated as the three-star Hotel Astor until April of 1995.