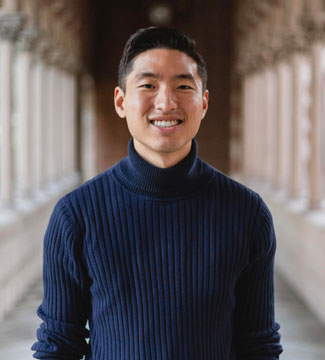 Wesley Park is a concert classical guitarist and educator from the Los Angeles area. With his colorful playing and enjoyable programs, he has played professional concerts internationally in countries such as the United States, Canada, Germany, and Austria. Wesley is in the Park Brothers guitar duo with his brother Alex, and is signed under the artist management label, Jean Schreiber Management. Together, they performed at a tribute concert honoring the great Spanish guitarist, Andrés Segovia, alongside the Grammy® Award winning artists, the Los Angeles Guitar Quartet and Andrew York in 2019.

Wesley has been on the faculty at Pepperdine University since 2019. He received his Bachelor of Arts Degree from Pepperdine University studying under the preeminent guitar virtuoso, Christopher Parkening, and is currently pursuing a Master's Degree in Music from the University of Southern California studying under Scott Tennant of the Los Angeles Guitar Quartet. He is also currently on staff for the Korean-American Campus Mission (KCM), an on-campus ministry program, and works very closely with Pepperdine's KCM. When not engaged in musical activities, Wesley also enjoys surfing, trying out new restaurants, and participating in the devotional activities at his church, Citizens LA.