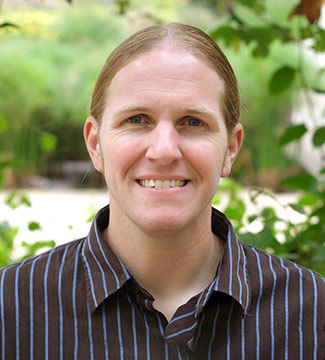 Dr. Timothy Lucas is an associate professor of mathematics at Pepperdine University. He earned his PhD in mathematics at Duke University in 2006. In his research, Dr. Lucas collaborates with undergraduates to construct and analyze mathematical models of biological processes. This includes a discrete-time population model of chaparral vegetation response to frequent wildfires and an agent-based model that incorporates plant growth and competition for resources. He has also used discrete-time population models and agent-based models to predict whether California newt populations can persist given severe drought and the invasion of non-native crayfish. Dr. Lucas has also researched how using iPads in the classroom transforms the learning space and facilitates social interaction. Inspired by that work, he developed two mobile apps for visualizing solutions to ordinary and partial differential equations called Slopes and Waves.