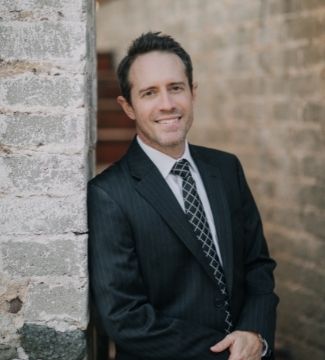 Ryan Board, Director of Choral Activities at Pepperdine University, continues to garner international attention as a conductor, choral artist, teacher, and clinician. In his role as Director of Choral Activities at Pepperdine, Dr. Board directs the Pepperdine Concert Choir and the Pepperdine Chamber Choir and teaches courses in Conducting, Music History, and Music Education. His research interests focus on rhetoric and affections in the sacred vocal music of the Baroque Era.

Dr. Board maintains an active schedule as a professional singer, presenter, and conductor. For many years he directed the renowned Kansas City Collegium Vocale and Armonia Early Music Ensemble. From 2014 – 2020 he was Principal Conductor for the Prague Choral Festival, and he has collaborated with or prepared choirs for Anton Armstrong, Simon Carrington, Joseph Flummerfelt, Andrew Megill, Andre Thomas, The Royal Concert Philharmonic Orchestra, Stewart Copeland (of The Police), the Daedalus String Quartet, The Kansas City Friends of Chamber Music, Charles Bruffy and the Kansas City Chorale, Jo Jennings, The Jewell Early Music Festival, and The Kansas City Baroque Consortium. He is also an avid conductor of choral-orchestral literature and has conducted works ranging from J.S. Bach's St. John Passion to Arnold Schoenberg's A Survivor from Warsaw.

Formerly, Dr. Board was a member of the University of Missouri-Kansas City Conservatory faculty where he conducted the Conservatory Singers, taught undergraduate and graduate conducting, graduate choral literature, and led the graduate choral conducting program. Choirs under Board's direction have been invited to perform at prestigious venues for state, regional, national, and international events including regional and national conventions of the American Choral Directors Association, the Prague Choral Festival, and the Piccolo Spoleto Festival's Spotlight Series.

Early in his career, Board taught choral music in the public schools of Idaho, and served as associate music director for the World Vision Youth Ambassador Program for which he performed and conducted in more than 18 countries in Europe, Asia, and the Americas.  He has performed with notable early music ensembles including Fuma Sacra, and the Choral Scholars both of Princeton, New Jersey, and the Simon Carrington Chamber Singers. He also served as the Director of Music at St. Matthew's United Methodist Church in Newbury Park, California.

Dr. Board's degrees are from the University of Northern Colorado, Westminster Choir College, and the Conservatory of Music and Dance at the University of Missouri-Kansas City where his primary teachers were Galen Darrough, Andrew Megill, Joseph Flummerfelt & Scott Anderson.