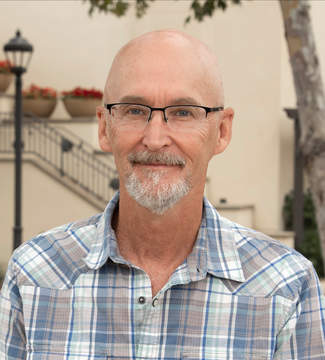 Robin Perrin, professor of sociology, received his doctorate in sociology from Washington State University in 1989. Following his doctoral studies he was assistant professor of sociology at Seattle Pacific University for three years before returning to teach at his alma mater, Pepperdine University, in 1992. Perrin's research interests and publications are in the areas of intimate violence and child maltreatment, deviance theory, the social construction of social problems, and the sociology of religion. He is the coauthor of four books; Social Deviance: Being, Behaving, and Branding (with David Ward and Tim Carter, Allyn and Bacon, 1991), Child Maltreatment: An Introduction (with Cindy Miller-Perrin, Sage Publications, 1999, 2007), Family Violence Across the Lifespan (with Ola Barnett and Cindy Miller-Perrin, Sage Publications, 1997, 2005, 2011), and Violence and Maltreatment in Intimate Relationships (with Cindy Miller-Perrin and Claire M. Renzetti). He is also the author or coauthor of numerous articles on a variety of topics including family violence, deviance theory, and the sociology of religion. Professor Perrin teaches Introduction to Sociology, Introductory Statistics, Deviant Behavior and Social Control, and Sociology of Religion. He is the recipient of Pepperdine's Howard A. White Award for Teaching Excellence (2004). Professor Perrin enjoys many activities, including traveling, camping and backpacking, fly fishing, sailing, and golf. He lives on the Pepperdine campus with his wife Cindy Miller-Perrin, also a Pepperdine faculty member.