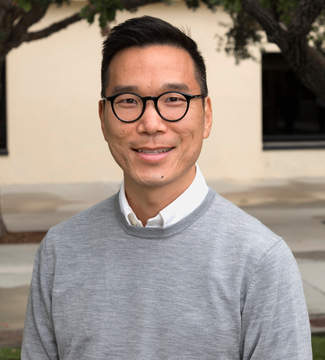 Paul B. Kim is a professor of screen arts in the Communication Division of Seaver College at Pepperdine University in Malibu, CA. He holds an MFA in Film and Electronic Media from the School of Communication at American University, where he served as a graduate fellow in the Center for Media & Social Impact funded by the Ford Foundation and collaborated with the MIT Media Lab on their new media literacy project. Kim is currently a candidate in the IMC Professional program at Northwestern exploring the use of data and marketing technology in the media industry with a focus on audience analytics and content strategy.

During Kim’s academic career, he developed and directed a unique undergraduate documentary filmmaking program, received his institution’s highest teaching award, and chaired a department overseeing numerous programs within communication and the visual arts. His student teams won some of the highest awards in the field, such as the Pacemaker Award from the Associated Collegiate Press and a Student Academy Award nomination. At Pepperdine, Kim teaches courses in production, storytelling, and documentary filmmaking.

Kim has almost twenty years of experience in the film, television, and media industries as a new media producer and documentary filmmaker on projects spanning six continents, exploring topics in human rights, global health, education, and the intersection of religion and politics. His work has screened at domestic and international festivals, public television, universities, and industry events. Kim regularly consults with mission-driven organizations on digital content strategy and in building strategic narratives around their brands.