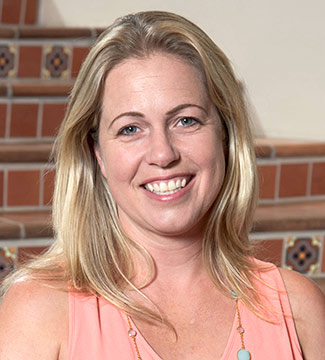 Kelly Todd received her MEd in mathematics education from UCLA in 1999 and her BA in theater arts also from UCLA in 1997. She has taught as a professor in the theater department at Pepperdine University for four years and has choreographed their recent musicals Big Fish, Crazy for You, and South Pacific. She is the 2014 Ovation Award Winner for Best Choreography for her work on Lysistrata Jones at the Chance Theater, where she is a resident artist. Some of her favorite credits there have been West Side Story, for which she received the LA Drama Critics Circle 2012 Special Award for Fight Choreography, and Triassic Parq, in 2013 and Jerry Springer: The Opera, in 2011 which both won the Ovation Award for Best Musical in an Intimate Theater and garnered her Ovation Award Nominations for Best Choreography. She was named Southern California's Choreographer of the Year in 2011 and 2012 by Stage Scene LA. Other credits include Once (Regional Premiere after Broadway), Light in the Piazza, Ivy and Bean, The Musical, Peter Pan and Seussical at South Coast Repertory, and The Who's Tommy at Segerstrom Center for the Arts.