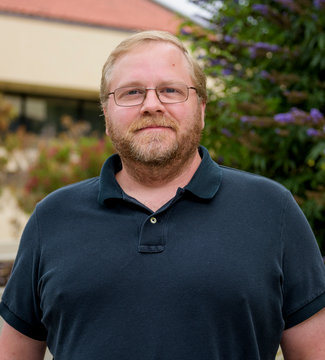 Dr. John Struloeff has been director of creative writing since arriving at Pepperdine in 2007 and is an associate professor of English and creative writing. He grew up in the mountainous rainforest of northwestern Oregon, the setting of his debut poetry collection, The Man I Was Supposed to Be, and has published individual poems in The Atlantic Monthly, The Southern Review, Prairie Schooner, ZYZZYVA, PN Review (UK), and elsewhere. He has also widely published fiction in magazines, anthologies, and literary journals. His awards include a Stegner Fellowship from Stanford University, an NEA Literature Fellowship, a Sozopol Fiction Fellowship from the Elizabeth Kostova Foundation (Bulgaria), and the Tennessee Williams Scholarship from the Sewanee Writers' Conference. Prior to Pepperdine, he taught at Stanford University and the University of Nebraska-Lincoln where he received both his MA and PhD in English. Since 2009 he has served as the Section Leader for Creative Writing at the Christian Scholars' Conference.