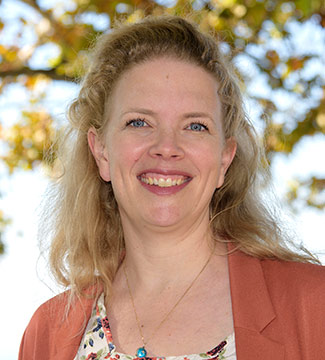 Prior to her recent appointment, Hollace Starr was an adjunct professor of theater at Pepperdine, as well as at Antelope Valley Community College and at Los Angeles City College. She was also the voice teacher at the west coast branch of The Actors Studio, where she is a lifetime member. Hollace Starr's primary area of research is voice and the actor; she is working toward designation in Linklater Voice, which she will acquire in the summer of 2017. Hollace has directed and performed in numerous theater productions, mostly in the Los Angeles area. She is on the board of Trade-City Productions and is a founding member of Rogue Machine.