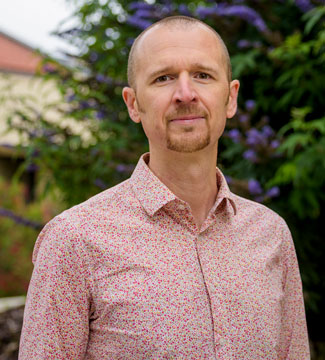 Chris Doran was born and raised in the San Francisco Bay Area in California. He went on to Seaver College at Pepperdine University to study biology. After receiving a bachelor's degree in biology and then a Master of Divinity from Pepperdine, he went off to Berkeley to study the intersection of theology and science. He returned to his alma mater in 2007 as a faculty member in the Religion & Philosophy Division. After acknowledging that climate change is the most significant issue facing the future of human civilization, he created the Sustainability Minor in 2016. The Sustainability Minor is the largest multidisciplinary program in the history of Seaver College.

His most recent book is Hope in the Age of Climate Change: Creation Care this Side of the Resurrection, which looks to understand how the resurrection of Jesus should inspire us to be leaders rather than followers in solutions to climate change and other sustainability challenges. His current research project seeks to articulate a Christian theological response to both human and nonhuman migration and displacement due to the climate crisis.

Doran has spent considerable time in New Zealand in the past few years, which led him to create the sustainability study abroad program in Kaikoura. He took Seaver students to the South Island in 2018 and 2019. He has summited Mt. Fyffe three times, including once in the snow and believes that the bluff overlooking Point Kean is one of the most beautiful spots in the world. He is an avid runner, having completing 5 marathons and numerous half-marathons. As a certified scuba diver, he spends as much time underwater as he is able.

Finally, Doran has been a friend, supporter, mentor, minister, and advocate for many of his LGBTQ+ students over the years. He has led numerous club convos on LGBTQ+ topics from a Christian perspective, gave the first 3-day lecture on LGBTQ+ concerns in the history of the Pepperdine Bible Lectures, works regularly with Centerpeace, and has given advice to numerous churches on LGBTQ+ matters.