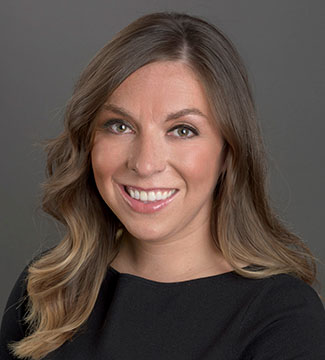 Alicia Jessop is a sport industry leader, attorney, journalist and professor focused on promoting athlete, creator and consumer well-being and women’s leadership in the sport and entertainment industries. Presently an Associate Professor at Pepperdine University, where she is an Academic Director for the Institute for Entertainment, Media, and Sports, Alicia is licensed to practice law in California and Colorado and is frequently engaged to address legal issues at the intersection of sport and entertainment.

At the root of Alicia’s existence and central to her work, is a passion for storytelling. In 2011, she founded the widely read sport business website, RulingSports.com, beginning a foray into journalism. Presently, Alicia is a Contributor to The Athletic and The Washington Post and has published hundreds of stories that can also be found in Forbes, The Huffington Post, SI.com and CNBC. Alicia has excelled in the male-dominated sport journalism field, having been credentialed for the Super Bowl, NBA Finals, NBA All-Star Game, Bundesliga Super Cup, Indianapolis 500, NCAA Men’s Basketball Final Four and more. She spent four seasons covering the Miami Heat, while also working as an Assistant Professor at the University of Miami. Alicia is an often relied upon expert in the areas of sport law and sport business and frequently appears in national and international television shows, radio shows, publications and podcasts.

Alicia has first-hand experience building programs and strategies to empower athletes. She consulted with the National Basketball Players Association to build a holistic program for NBA players transitioning out of the league and the Alliance of American Football to build a player career and education model. She has worked with individual professional athletes to develop their legal and personal branding strategies. She also consults with a number of sport technology companies and is on the Advisory Board of Openly HQ.

Alicia’s research on athlete, creator and consumer well-being and women’s leadership has been published in the Harvard Journal of Entertainment and Sports Law, Journal for Legal Aspects of Sport and Texas Review of Entertainment and Sport Law. In 2020 she received a grant from Women in Film to produce a study on the drivers and inhibitors of funding for entrepreneurs in the screen industry. She has authored textbook chapters in Introduction to Sport Law (2nd Edition) and Sport Law: A Managerial Approach (4th Edition).

Service to others is a keystone of Alicia’s life. She serves as the President of the Sport and Recreation Law Association and is on the Editorial Board of the Journal for Legal Aspects of Sport. She is a member of the Junior League of Los Angeles and Bel Air Church. Since 2014 she has been traveling to Haiti, where she has made lifelong friends and is committed to furthering the empowerment and economic development of the nation through support of the KORE Foundation.