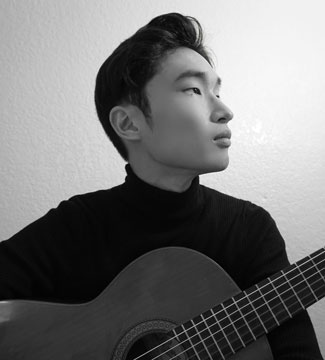 Alex received his bachelor of arts degree from Pepperdine University studying under Christopher Parkening, and received his master of music degree from California State University Fullerton studying under Andrew York. He is currently attending the University of Southern California to pursue his Doctor of Musical Arts degree studying under Scott Tennant. He has also studied and taken masterclasses with Angel Romero, Pepe Romero, Jason Vieaux, Martha Masters, Paul Galbraith, and many others. In addition to the classical guitar, Alex has worked on film and media projects as a session guitarist and film composer. Most notably, he recorded on the guitar for the soundtrack of Lew Wallace: Shiloh Soldier, Ben Hur Bard, an Emmy Award winning documentary in the Musical Composition/Arrangement category. Alex is endorsed by Augustine Strings.