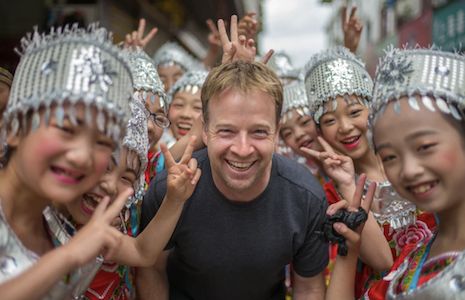 Why did you choose to attend Pepperdine?
I applied to several small liberal arts colleges. When I visited the Malibu campus, it felt like a perfect fit. And I was ready for a change of scenery from Colorado.

What is the most important thing you learned while at Pepperdine?
That the world is small, and accessible.

What is your favorite college memory?
Studying in Florence for my sophomore year. And that was before the internet and cell phones, so we were largely isolated for a year. Mail and faxes and the occasional phone call (on the villa pay phone) were everything! I wouldn't change a thing.

Describe your career path.
I was in healthcare for eighteen years, but never had a passion for it. Then I won Conde Nast Traveler's Photo of the Year contest, went to New York, visited the Conde Nast offices, and realized that I would be far happier working in travel than in healthcare. A year or so later I quit my job and started a travel website and social media accounts, and before I knew it I was getting paid to travel around the world with my kids. And yes - it's so much more fun than healthcare!

What advice do you have for students who want to make the most out of their experience at Pepperdine?
Study abroad!

What is your greatest professional accomplishment as of now?
I've been quoted several times in the New York Times, Forbes magazine named me the 4th most influential traveler in the world, and now, coming full circle, I've photographed on assignment for Conde Nast Traveler.

How did your time at Pepperdine prepare you for what you are doing today?
Pepperdine's Florence program opened my eyes to the world and started my lifetime love of travel. 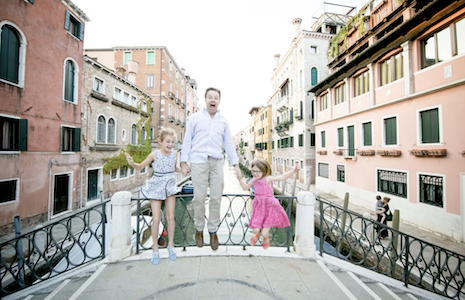 What is something people may not know about you?
I met my wife at Pepperdine, but a year after I graduated. She and I never crossed paths when we were studying there at the same time.

When you give back to Pepperdine, which fund do you choose to support and why?
I support the international programs! Florence is my favorite (I've gone back to Florence 25+ times since sophomore year and I visit the house there, and Elizabeth, often), but also Heidelberg, where I studied for a semester after my junior year.