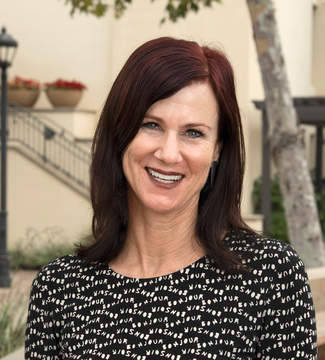 Pam is honored to serve at her alma mater where she studied English and Sociology last century, spending a year in Heidelberg and taking Dr. Gose's Great Books series, before going on to earn an M.A. in Poetics (writing a collection of frontier women poems set in 1880 for every state), an M.A. in Theology (learning Hebrew and Greek to read the Bible's original manuscripts), and a Ph.D. in Comparative Literature (specializing in World Literature, World Religions, Film, Writing, and Classics). She remains a specialist in writing, directing a Writing Center for four years at San Diego Christian College, and co-founding an online Christian Master's in Creative Writing Program (www.perelandra.edu). She's published in numerous journals and wrote a book on the Dead Sea Scrolls and has a current contract for a Bible as Literature text. Most recently, she taught at San Diego State University for 13 years in the departments of Religious Studies, Classics & Humanities, and English & Comparative Literature, and before that for six years at the University of California and in Prague for a year. She has many writing projects in progress between yoga, tennis, and barre classes, and hopes to teach for an international Pepperdine program. Her daughter, Zoe, studies maths at MIT while pitching for the Engineers.