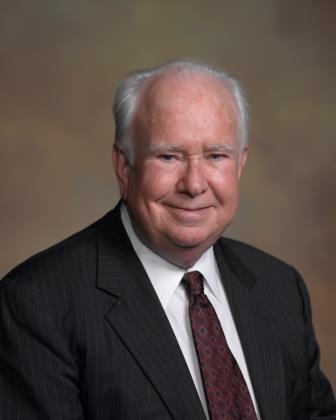 Peter H. Raven, a leading botanist and advocate of conservation and biodiversity, is president emeritus of the Missouri Botanical Garden and George Engelmann Professor of Botany Emeritus at Washington University in St. Louis. In addition, Dr. Raven is a Trustee of the National Geographic Society and Chairman of the Society's Committee for Research and Exploration. He also serves as Chairman of the Board for the Center for Plant Conservation, a national organization. For more than 39 years, Dr. Raven headed the Missouri Botanical Garden, an institution he nurtured to become a world-class center for botanical research, education, and horticulture display. During this period, the Garden became a leader in botanical research and conservation in Latin America, Africa, Asia, and North America.

Dr. Raven first realized in the mid 1960s that the rapid growth of the human population, consumption, and the spread of polluting technologies were threatening biological diversity to a degree that had not been realized earlier. He soon became an outspoken advocate of the need for conservation throughout the world based on efforts to attain sustainability and social justice everywhere. He was described by TIME magazine as a "Hero for the Planet," and has received numerous prizes and awards, including the International Prize for Biology from the government of Japan; Volvo Environment Prize; the Tyler Prize for Environmental Achievement; the Sasakawa Environment Prize; and the BBVA Prize for Ecology and Conservation, Madrid. Earlier in his career, Dr. Raven held Guggenheim and John D. and Catherine T. MacArthur Foundation Fellowships.

For 25 years, Dr. Raven served as co-editor of the Flora of China, a joint Chinese-American international project that resulted in the production of a contemporary, 49-volume account on all the plants of China, 31,500 species, that was completed in January, 2014. After serving on the executive committee of George Soros' International Science Foundation for the USSR, and then was appointed the first chair of the U.S. Civilian Research and Development Foundation, a private, congressionally-chartered organization that funds joint research with the independent countries of the former Soviet Union. Recently he co-chaired a joint study by the U.S. National Research Council and the Russian Academy of Sciences on future collaboration in the life sciences, agriculture, and medicine between the U.S. and Russia.

Dr. Raven has written numerous books and publications, both popular and scientific, including Biology of Plants (co-authored with Ray Evert and Susan Eichhorn, W. H. Freeman and Company/Worth Publishers, New York), the internationally best-selling textbook in botany, of which the eighth edition appeared in 2011; and Environment (co authored with Linda Berg, Wiley & Sons, New York), a leading textbook on the environment, now in its eighth edition (2011).