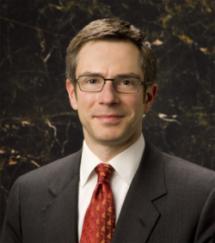 Randall S. Kroszner served as a Governor of the Federal Reserve System from 2006 to 2009. He chaired the Fed's committee on Supervision and Regulation and the committee on Consumer and Community Affairs. In these capacities, he took a leading role in developing responses to the financial crisis and in undertaking new initiatives to improve consumer protection and disclosure for credit cards and mortgages. He represented the Fed on the Financial Stability Board, the Basel Committee on Banking Supervision, and the Central Bank Governors of the American Continent. Dr. Kroszner chaired the working party of the Organization for Economic Cooperation and Development (OECD), composed of deputy central bank governors and finance ministers, on the Promotion of Better International Payments Equilibrium. As a member of the Fed Board, he was also a voting member of the Federal Open Market Committee.

From 2001 to 2003, Dr. Kroszner was a member of the President's Council of Economic Advisers (CEA), where he was involved in wide range of domestic and international economic issues, including responses to the corporate governance scandals, tax reform, currency crisis management, sovereign debt restructuring, and the role of the IMF.

Dr. Kroszner has been teaching at the University of Chicago's Booth School of Business since 1990, where he is now the Norman R. Bobins Professor of Economics. At Booth, he has served as the Director of the George J. Stigler Center for the Study of the Economy and the State and editor of the Journal of Law & Economics.

He has more than 100 publications on topics including banking and financial regulation, corporate governance, the Great Depression, and monetary policy. His paper on corporate ownership won the Brattle Prize for best corporate finance paper in the Journal of Finance. His book with Robert J. Shiller, Reforming U.S. Financial Markets: Reflections Before and Beyond Dodd-Frank (MIT Press, 2011) has been on the Washington Post's Book World political bestsellers list. He has been a visiting scholar at institutions around the world, including the London School of Economics, Stockholm School of Economics, Free University of Berlin, the IMF, the SEC, and Yonsei University in Seoul.

Dr. Kroszner is a much sought-after commentator in the international media and is a frequent guest CNBC, Bloomberg TV, BBC, and NPR. He provides consulting advice on economic, monetary, financial, and regulatory outlook and strategy to financial institutions, government organizations, and central banks throughout the world. He serves on the Board of Directors of the Financial Management Association and on the Board of Advisors of the Paulson Institute. He chairs the World Economic Forum's Global Agenda Council on Global Financial System and is involved with Gates Foundation initiatives on promoting access to financial services for the poor in emerging market countries.