Sheryl WuDunn
"Half the Sky: Turning Oppression into Opportunity for Women Worldwide" 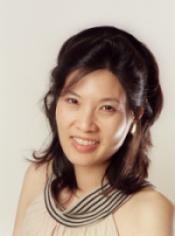 Sheryl WuDunn, the first Asian-American reporter to win a Pulitzer Prize, is a best-selling author, business executive and lecturer. Currently, she is a senior managing director at Mid-Market Securities, an investment banking boutique serving growth companies in the middle market, including companies founded and run by women. She is also president of TripleEdge, a social investing consultancy. WuDunn is co-author of Half the Sky: Turning Oppression into Opportunity for Women Worldwide, a New York Times best-selling book about the challenges facing women around the globe. It has been featured on The Oprah Winfrey Show, The Colbert Report and many other network television shows. WuDunn also helped launch the Half the Sky multi-media effort to create a thoughtful, effective philanthropic strategy that includes an online social action campaign, a documentary series and a television special.

Previously, WuDunn worked at The New York Times as both an executive and journalist; as editor for international markets, energy and industry; as The Times’s first anchor of an evening news headlines program for a digital cable television channel, the Discovery-Times; in management roles in strategic planning and circulation; and as a foreign correspondent for The Times in Tokyo and Beijing, where she wrote about economic, financial, political and social issues. She has also been vice president, in the role of investment advisor for private clients, in the investment management division at Goldman, Sachs & Co. and a commercial loan officer at Bankers Trust.

With her husband, Nicholas D. Kristof, she has co-authored two other best-selling books about Asia: Thunder from the East and China Wakes. WuDunn won a Pulitzer Prize with her husband for covering China, along with the Dayton Literary Peace Prize for Lifetime Achievement. She has also won other journalism prizes, including the George Polk Award and Overseas Press Club Awards. WuDunn was honored for Half the Sky in 2010 with the Beacon Award from the White House Project, a nonpartisan organization that seeks to advance women’s leadership in all communities and sectors.

WuDunn graduated from Cornell University, where she is a member of the Board of Trustees, chairs the Academic Affairs Committee and is a member of the Board’s Finance Committee. She earned an MBA from Harvard Business School and an MPA from Princeton University’s Woodrow Wilson School, where she was a member of its Advisory Council. She speaks Chinese and some Japanese and lectures around the United States and abroad on economic, political and social topics related to women in the developing world, China, and the emerging markets. Recently, she spoke about China to Al Gore and his group of colleagues including Sir David King, the chief science advisor to Tony Blair and Gordon Brown. She has often been quoted in news articles and has discussed philanthropic issues on such television programs as The Charlie Rose Show and NBC’s Dateline.