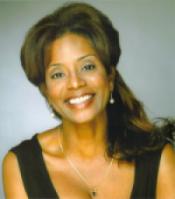 Donzaleigh Abernathy is the daughter of Juanita and Reverend Doctor Ralph Abernathy, who created with his best friend Doctor Martin Luther King, Jr. the Civil Rights Movement.  Because the Abernathy home was the preferred meeting place for Dr. King, Dr. Abernathy and their staff, Donzaleigh had a myopic view into the integral decision making process that helped to shape American Laws and society.
Abernathy authored the history book, "PARTNERS TO HISTORY, Martin Luther King, Ralph David Abernathy and the civil Rights Movement."  She is a founding member of the Board of Trustees of the New Visions Foundation.  Her life is profiled in the books "Fearless Women" and "Secrets of Successful African American Women."  She is an accomplished actress and lives with her husband in Los Angeles.