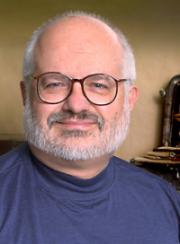 Ronald Numbers is an eminent figure in the history of science and religion and an authority on the historical significance of creationism and creation science.  Numbers received his Ph.D. in history of science from University of California, Berkeley, and is currently the Hilldale and William Coleman Professor of the History of Science and Medicine at the University of Wisconsin-Madison.  He has held two of the highest office is the History of Science Society: president and editor of Isis.  Other Numbers presidencies held include the Society of Church History, the American Association for the History of Medicine, and the International Union of History and Philosophy of Science/Division of History of Science and Technology.  Numbers has been the recipient of many awards, including a Guggenheim Fellowship and the Sarton Medal.  He was a founding member of the International Society for Science and Religion, and is a fellow of the American Academy of Arts and Sciences and of American Association for the Advancement of Science.  Numbers is author or editor of numerous books including Galileo Goes to Jail, and Other Myths about Science and Religion (ed.); Darwinism Comes to America; The Creationists; and Science and Christianity in Pulpit and Pew.